Interview with the author: Ryan MacDonald 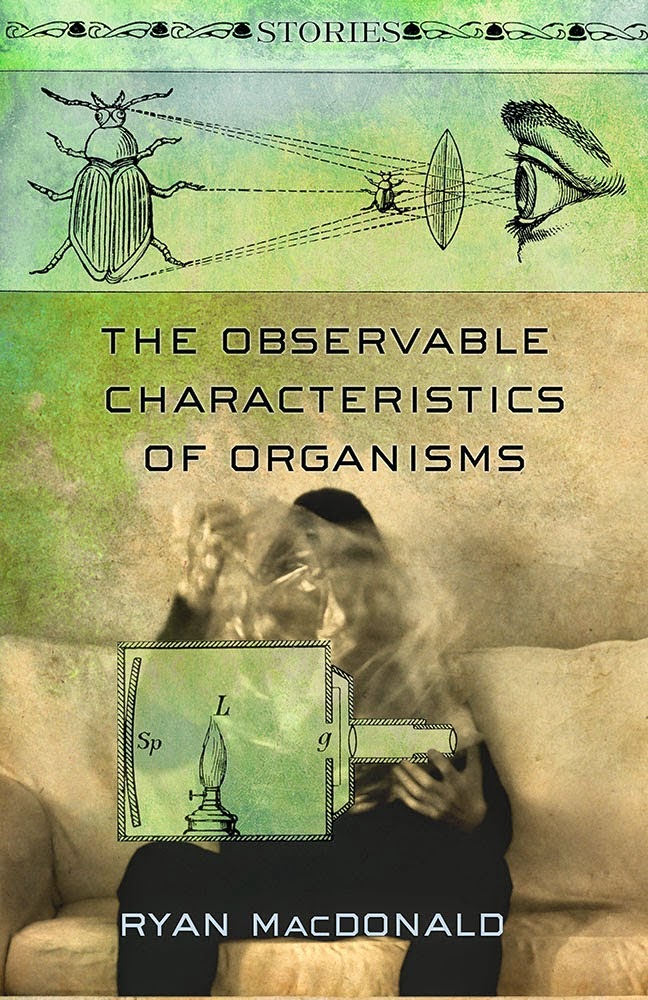 Ryan MacDonald wrote a book called The Observable Characteristics of Organisms. Ryan MacDonald has a fine beard. Ryan MacDonald moves, like you, through the wonder and whimsy of this modern world. Such lucky beasts are we! Recently I connected with Ryan to learn about his book, how the poet Peter Gizzi wiggles, and the marvel of “It”.

Mel Bosworth: Wow. How about it?

Ryan MacDonald: I know, right? I think about it all the time, mostly in the shower but often while driving too fast down the back roads of the Valley. It comes to me usually as a feeling but ends up as something more like a memory. I’ve fed it and loved it and let it out as often as it wants to be let out and still I think, wow, how about it? It’s never, how about that? Or, how about this? It’s always, how about it? Though I guess sometimes it can be what about it? And then it’s just like, wow.

RM: I am in North Carolina visiting family for the holidays. My mom made eggs and bacon. Over breakfast I saw through the window, one poodle humping another poodle in my parent’s garden. They were both staring at me. Afterwards we took my nieces to an aquarium in a giant mall. We watched a manta ray, like a horse, eat chunks of fish out of some lady’s hand.


MB: Why is short fiction so much better than long?

RM: I don’t know if it’s any better shorter. I really love longer and shorter fiction both. I’m currently working on a longer fiction. Right now it is very long and will likely become longer. It is really made of short fiction though. And who knows, after editing it could end up being much, much shorter. lol

MB: What makes a great story? How about a bad one?

RM: A great story illuminates the hell out of language. It opens up a reader to language’s boundless surface of possibilities. A great story takes over the immediate time and space of the writer and then the reader. There is always something uncanny about a great story. A great story stirs it up, cuts the crap, presents the unexpected, and lives in the world as a very special object. It offers a glimpse at reality, and it destroys reality at the same time. A great story can contain anything, it really doesn’t matter, as long as the story takes over. A bad story? A bad story doesn’t try very hard. A bad story is unaware, of itself, of its author, or its reader, of the past and present. A bad story often only needs some help but sometimes should be put to sleep. A bad story is empty, unless emptiness is its outright intention, then it’s possible that it could be a great story. 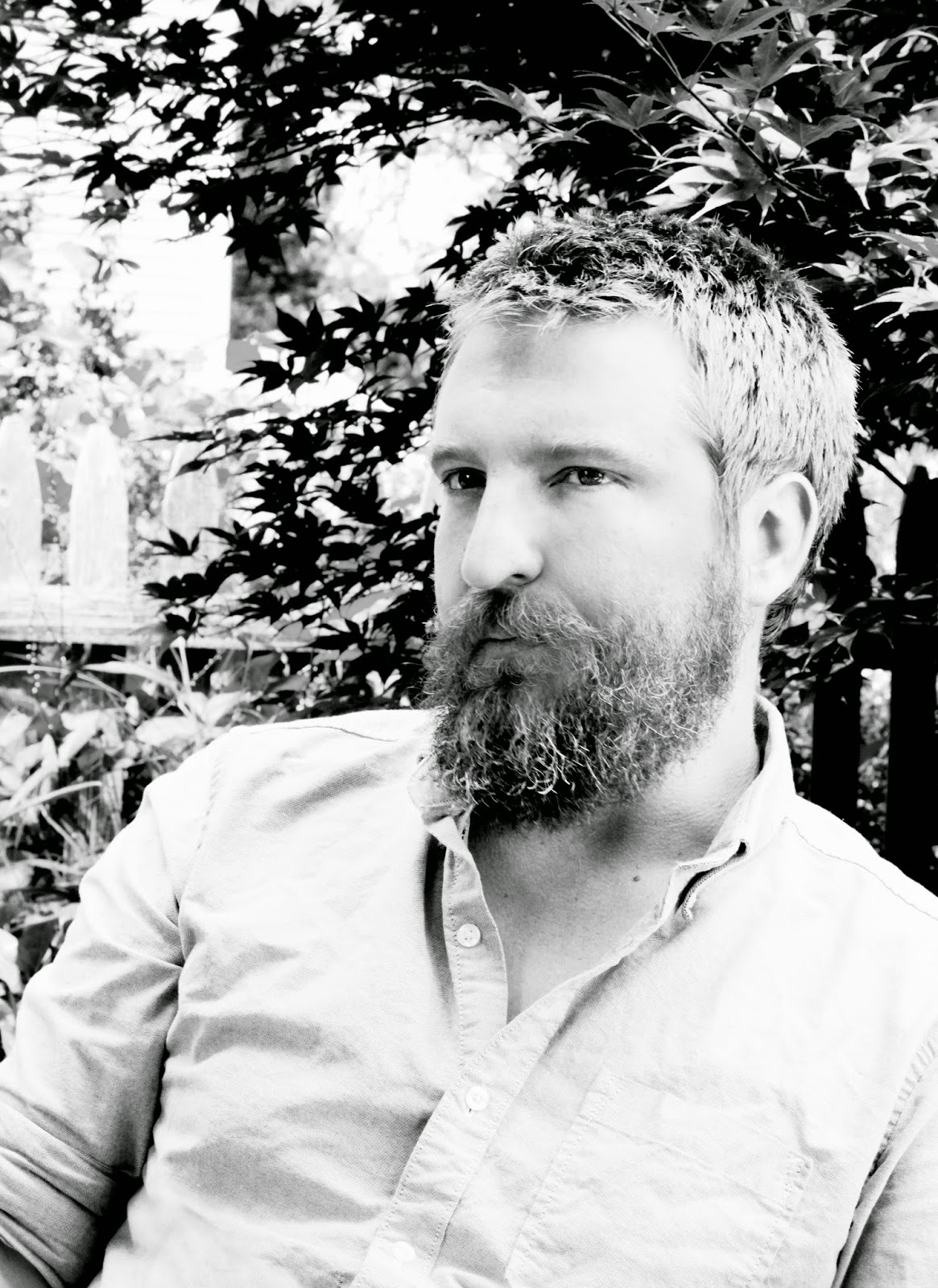 MB: How did the poet Peter Gizzi come to be in your work?

RM: I’m so glad you asked.
The first time I encountered the great Peter Gizzi I was at the old Troubadour bookstore in Hatfield. We had never met and he walked up and put a book in my hands and said, “I think you will really enjoy this.” I looked down and saw that it was a book on the paintings of Phillip Guston. When I looked up again he was gone but there was a faint scent of pine in the air.
I bought the book and have always really enjoyed it. True story.

The second time was at the CVS drugstore where I was standing in line to buy some pseudoephedrine from the pharmacist. Peter walked up, put a book in my hands and said “I just flew into town and I’m leaving this with you.” I looked down and saw that it was a book on the Anatomy of Movement. When I looked up Peter was gone and in his place was someone who resembled Peter exactly but who was not Peter at all. Trust.

The third time was at Flying Object. He walked up behind me, placed his hands on my shoulders and introduced me as someone I’m not to the poet Joseph Massey.
I like to think the four of us have some strange psychic connection forever…Truth.

So as you can see, he basically wiggled his own way into my book.

MB: If you could call a younger version of yourself on the telephone, would you say anything?

RM: I’d call myself last night and say, “do not have that 4th scotch you dumb sonofabitch.”

MB: How did your book come to be?

RM: FC2 is this incredible author run non-for-profit publisher. For a writer to get published with them he or she must either enter one of their 2 prizes or be sponsored by a board member (they are allowed a limited number). One of these members, Noy Holland (whose own writing is made of the things I mentioned in the great writing category), was also the chair on my thesis committee. So, my thesis was sponsored, which went through a long process including being read and approved by each board member before becoming accepted. Which, after a great length of time, it was, and after an even greater length of time, was built into the book that it is.

MB: Are the folks at FC2 treating you well?

RM: Publishing a book has been the one thing I truly always wanted, and I am extremely grateful to FC2 and proud to be a part of their impressive legacy. That said, publishing has been a motherfucker on my nerves, so many ups and downs. Do you find this to be true? I know I can be dramatic. FC2 treats me just fine though. My next encounter with them will be on the FC2 panel at the Minneapolis AWP in Feb.

RM: I tend to sit and write sentences. Disjointed, tweet-like sentences, pages of them. Sometimes a sentence takes ahold and stretches and basically insists on becoming a series of sentences, and these can often turn into story. I guess the first thing I see is a thread of some kind forming and a glimmer of excitement in writing it out. What I want is for that excitement to continue and for that story to take over and of course for those last letters typed to be just so goddamned satisfying.

MB: Can short fiction save the world?

RM: No. But it might be able to save the way we see the world.

Yes. But can it save the children?

No. But it can make sweet love to the world.

Yes. But it can never take the world too seriously.

Read my review of The Observable Characteristics of Organisms HERE.