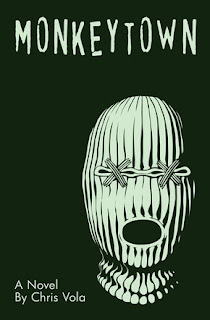 This is a zeitgeist novel. A sign of the times. Like what Bret Easton Ellis did with Less Than Zero. Vola dives fist-first into a nihilistic, jobless, privileged, and drug addled world that feels veiled just enough to be called fiction. Not that this book reads like a memoir, but the detailed drug use is so casual and normal for the narrator that the reader feels initiated after only a few pages.

The narrator is mostly coherent even after several beers, liquor, and whatever pills. It’s a voice that doesn't give much of a fuck. Because of this, we're given passages such as: “New pussy, old pussy, pussy lost, pussy found, pussy long forgotten. For a second I think about checking my BlackBerry.”
We follow Josh, the sole inheritor of a large sum of money after the death of his parents. “I had plenty [of money], enough for years, forty acres and a fully loaded, 420 horsepower mule.” Josh has almost no direction and little ambition, with the exception of half-heartedly wanting to figure out his relationship with his sorta girlfriend Lauren and doing drugs / drinking with his close friend Billy.
Things are happening but the tonality is so heartless I had a hard time caring. There's a lot of “shock value” here but I never felt shocked.
Why is this a zeitgeist novel? Because of the following: There's an abundance of driving around (think: Dazed and Confused). There's an abundance of reading text-messages, casual abuse of Xanax, GOOGLEing stuff, pop-culture references (Dr. Phil, Ice-T, Jack Bauer, etc.). Casual vomiting. Casual brushes with death. Violence that reminded me of A Clockwork Orange simply because it was so passive.
Vola has his ear to the street. He's tapped into his generation here. Whatever he does next, watch out. (November 2012)

Reviewer bio: Ben Spivey is the author of the novella Black God. He currently has 9 foster kittens.