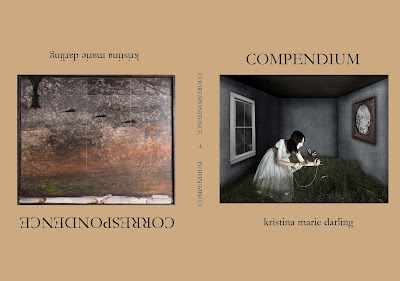 Once upon a time, separate from the agrarian economy of the countryside and the mercantile economy of the towns, an entrenched and precarious feudal power, perched atop a high rock in Limousin, employed a small number of young women as handmaids and a small number of young men as clerks.  With their queen’s amused endorsement, a kind of glamor sprang up from the amusements of this tiny semi-leisured subclass.  Naturally, these young people were interested in the arts and each other.  Also naturally, since marriage was deferred or impossible, they considered love a condition altogether separate and distinct from the solemn business arrangements of matrimony, and they considered it something different from sex, too.  They read Ovid and the Song of Songs.  A vernacular literature of their own existed all around them and they knew it well.  They had access to local music, and to modal traditions that reached them from the Levant by way of Venice, and they heard polyphonic compositions in church.  Young poets took note of this little hothouse of culture and transformed the ethos of its circle of lovers into a poetics.  The literary construct of fin’ amor was above all a game whose rules comprised the terms of a contract that offered entrée into the shadow aristocracy who knew how to behave in a new generation – one with the tiniest hint of what we now recognize as class mobility and gender equality.   An open secret, these “rules” of love were never really codified, and they form the subtext for the situations laid out in the poems.  The speaker of the Occitan poems is a lover, male or female, who, according to his or her predicament, tells how he or she understands Fine Love, and explains how it is with him or her.  The poetry was only one part of an entertainment, played out for a happy few to enjoy for an evening while cooped up in a castle, and it developed its own conventions.  In general the troubadour corpusdevalues carnality and makes virtues of lack, absence, the ethereal, and the disembodied.  Through Petrarch by way of Dante, Northern Europe caught on, and the rest is history.  Devotion to courtliness in the love game is a matter of temperament, and Kristina Marie Darling’s Compendium + Correspondence offers a presentation of the amorous as if the pith of love inhered not in the story of its existence but in an aura that encircled its effects, its blandishments, and its debris.

Form is inextricable from format, and context from textuality, in Darling’s book, in the sense that its lines and paragraphs are printed as if they were the scholarly apparatus of a volume whose text has vanished.  The tenor of the metaphor of which this disappearance is the vehicle could only be the meta-narrative that Stendhal perceived from a perspective so opposed to Darling’s that he was compelled to graph the stages of falling in love as a crystallization of the beloved’s image within the lover’s mind.  By contrast Darling provides an antithesis to anecdote.  Several pages consist only of footnotes listed below a lateral bar:

2. Within the locket she kept small photographs and a loose thread from his jacket.  The little clasp at the back of her neck still gleaming.

3. “I had wanted to discard the strange trinket, with its silver chain and innumerable compartments.  Now the interior has been cordoned off with a white ribbon.”

The peculiarities of any love seep into its silhouette, and the fact that it is love in the first place supersedes the wish to talk about it.  When characters appear in Compendium + Correspondence they possess a mannequin-esque, modeled quality, enacting roles in a pantomime:

That evening, the connoisseur presented Madeleine with an usual box.  Despite its array of glass buttons and sheet music, he explained, one must never open the smallest compartment.  But before long the room would darken.  Alone with her sanctimonious parcel, its blue paper wrapping, and cluster of green ribbons, Madeleine heard the old piano’s most delicate song drifting from beneath the lid.  Around the box, a disconcerting stillness.  Snow falling outside the great white house as she danced and danced.

The unexpected cinematic close of this poem strikes us as very much an earned image, coming as it does after the virtuoso flourish of “her sanctimonious parcel” – the pointed epithet lending the piece a post-neoclassical froideur and exactitude.
One problem with the human condition consists in our being endowed with a consciousness that for all its benefits prevents us from distinguishing between reification and cathexis.  The Observer Effect leaves no part of our lives untouched.  Compendium + Correspondence evokes this condition with a dry warmth:

Madeleine began by choosing the most somber dress she could, its dark green taffeta rustling through the halls.  “This is really the only way,” she explained to the connoisseur, “that I can comprehend melancholy, its intricate structure.”  As she spoke , he seemed to notice the creases in her stiff white sleeves.  His milky eyes adrift among their endless glass buttons.  And it was then that Madeleine imagined herself as a spectacle forgotten on a dusty wooden stage.  She could understand the desire for an elegy, with its starched shirts and reverent hum.

Darling’s term for the dilemma of perception is “spectacle,” and she devotes more passages to glossing this word than to any other single subject.  First, “Madeleine imagined herself as a spectacle forgotten on a dusty wooden stage.”  Then the protagonist withdraws, abashed:

6. Only for a moment could she understand their fear of a spectacle.  The red lacquer buttons gleaming from her shoes.

Perceiving and / or being perceived bears a direct relation to love, in the following passage:

7. She realized that her desire for a spectacle, rather than the physical presence of a beloved, was the cause of her recurring dream.

Finally a love which has gradually revealed itself as the theme of Compendium + Correspondence, is named and claimed to be the source of its tensions:

ardour.  The cause of a spectacle, which she remembered for its white light and the duration of its music.  As the song began her letter opener could be seen shimmering against his discarded necktie.

The need to be seen and known, the desire for desire, love not of another but of love itself, may strike you as an fleeting sort of devotion, and it is.  Yet ardor is warmth, creaturely and committed –and therefore it’s the most fitting word in our vernacular for the affection celebrated in the days when the construct of romantic love first came to be.
Psychology has influenced poetry through its interpretation of the mythological corpus by the collective unconscious and the archetype, rather than its analysis of the individual psyche by the neurosis and the complex.  Jung, not Freud, has proved useful to poets.  The advent of romantic love cast new light on a body of mythological lore to which it was of course fundamentally alien, and as an interpretive frame which makes room for much else besides the individual psyche, the collective unconscious in turn complicated this anachronistic way of reading emotions and thoughts into stories that never contained them.  Compendium + Correspondence affords a place for what might be called the mytho-psychic dimension of love:

6.She slipped the epigraph under his door to preserve the ritual, its mythic stature.  That was when the snakeflies emerged.  Their deciduous humming.

7. The documentary (c. 1996) follows a woman through an analysis of recurring dreams.  Despite several attempts to establish boundaries between the real and imagined, she continued to describe the fictional beloved.  His pale hands and delicate wrists.

8. Translated from the German as The empty rooms of the unconscious.

Rehearsed, documented and archived, the foregone conclusion of love nonetheless remains obscured from view in an atmosphere of the Uncanny that we do not discover in love but bring with us.  This is true of everything in life of course, and yet it has a certain piquancy when it comes to our attachment to each other. The fact that we bother at all confers an embattled dignity upon the trials of love.
Poetry’s formative influence on culture in the domain of romantic love is a matter of record, and Darling reminds us of this important distinction by making reference to a rare instance of cultural agency in literature and distinguishing the case in question from both verisimilitude and cooptation:

Chapter One  Always begin by saying that this is not “Romanticism.”  In the work of Keats especially, we rarely encounter a clear-cut example of artifice.  Like the artist’s mind decaying amidst the nightingales and constellations—this was assumed to be real.  And the letter, with its intricate flourishes and belabored epigraph, gave rise to the most startling numbness in every fingertip.

Romance is a spirit that either inheres in a relationship or is not present at all.  It’s not an -ism to be overlaid on what’s already present and evident.  This is true in any place and in any era.  The reality of the Romantic subject’s delirium is a sine qua non of the genre, and only a meta-generic view like the one that Compendium + Correspondence affords can meet our need for a full appraisal of this circumstance.  A further question, not addressed by Darling and probably not germane to the case of Keats in particular but to the relationship between reality and poetry in general, is whether, by subjecting themselves in the first place to transports of imagination and fevers of emotion, poets in the Romantic tradition do not, with greater or lesser degrees of self-consciousness and deliberate awareness and will, play into and play up to a prejudicial expectation on the part of society that in order to be a real poet the person writing the poems had better really suffer, and moreover that he or she had better do so in a more or less prescribed and public way.  A great deal of this sort of nonsense has been laid at Keats’ door, or rather on his grave.  While Darling can hardly share such a perspective, the reader may be excused for demurring as to whether or not poetry is assumed to be real.  It should be beyond argument that Keats’ objective, at least, was always artifice.
A laconic humor abounds in Compendium + Correspondence.  Here is the poet on human vanity:

5. The frieze depicts a series of attempts to stave the avalanche.  Despite several excavations, the lower portion of the piece remains obscured.

And here she is on the drugginess of Romance culture:

a.       In an effort to balance desire with restraint, the Romantics were said to take their opium in a field of poppies.

And on the occupational absurdities of textual scholarship:

Finally here is Darling on the intersection of identity and art:

figure 3.  A lost film still, which depicted the heroine as she boarded a luxury rail car.  The actress would later be found lamenting the arrival of her train at the sea.

It takes an indulgent and tolerant, if distant and cool, sensibility to encourage us to laugh at ourselves in this way.
Out of the few genuinely new movements that have sprung up in the brief history of modernity, the Romantic has taken root most widely and firmly in our imagination – and yet, precisely because of this fact,we find it nearly impossible to tease out the threads of its growth through our lives, and to name them for what they are.  In her brilliantly conceived and masterfully executed book Compendium + Correspondence Kristina Marie Darling abstracts a pure strain of Romance from the confusion and strife of modern existence. (June 2013)