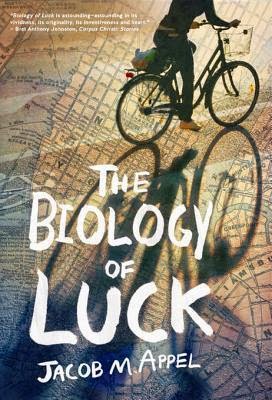 Jacob M. Appel’s first novel, The Man Who Wouldn’t Stand Up, won the 2012 Dundee International Book Award and was published by Cargo.  His short story collection, Scouting for the Reaper, won the 2012 Hudson Prize and was published by Black Lawrence Press in 2014.  His most recent books include a novel, The Biology of Luck (Elephant Rock, 2013), an essay collection, Phoning Home (University of South Carolina Press, 2014) and a short story collection, Einstein’s Beach House (Pressgang/Butler University, 2014).   Two additional collections, Miracles and Conundrums of the Secondary Planets (Black Lawrence) and The Magic Laundry (Snake Nation) are due out in 2015.  He holds an MFA in fiction from NYU, an MFA in playwriting from Queens College and an MD from Columbia University's College of Physicians and Surgeons.

Curt Smith: You’re widely published in the lit journal world, yet you waited a relatively long time before publishing your first story collection. Can you describe your journey?

Jacob Appel:   My long apprenticeship was not entirely by choice.   I had published nearly two hundred stories in literary journals before I managed to sell my first collection.  I suspect one of the reasons for this is that my stories are rarely connected in the tangible ways (eg. geography, subject matters, common characters) that make a collection easier to place with a publisher.  Whenever I sit down to write a story, I try to imagine a world as different from the worlds of my previous stories as possible.  This approach leads to more original work, but less cohesion.  The result is that I was out lurking in the literary ether for many years.  I sold my first serious story to the journal Fugue in 1997, but didn’t sell my first collection until Scouting for the Reaper in 2012.  In between, I toiled away below the radar screen and prayed to the patron saint of small miracles; of course, I’m not a Catholic, which may explain why he took so long to answer my prayers.

CS: Anyone checking out your bio will realize you’ve got a very diverse educational background. You have degrees in law and medicine, and you publish in scientific fields such as bioethics. How have these studies impacted your writing?

JA:  One of the best things about being a doctor is that there are no starving doctors.  At present, I’m a psychiatrist at Beth Israel Hospital in New York City and I teach at the Mount Sinai School of Medicine.  That means I never have to depend upon my writing for income, nor do I have to rely upon placing stories or selling novels to affirm my societal worth.  Everything that does come my way in terms of literary success is just extra gravy.  That takes the pressure off and makes both of my careers more fun.  So my advice to aspiring writers is stunningly simple:  Go to medical school.

CS: And you’re a sightseeing guide in NYC.

JA:  I carry my license with me in my pocket.   My second novel, The Biology of Luck, is about a hapless sightseeing guide in New York City.  People often ask if he is based upon me.   Absolutely not.  I do not have nearly enough self-confidence to reveal myself so directly.

CS: You have an essay collection out. And you’ve also had a lot of success in writing plays. Can you describe how this switching of gears/genres helps the cause? How is the process different between writing a story and an essay? Between a story and a play? Do you see a project all the way through or do you juggle them? 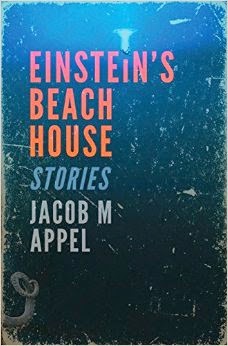 JA:  I’ve discovered over the years that, at least for me, every story cannot be told in every medium.  So I have a number of stories that I know I want to tell someday, and I slowly figure out that some are plays and other are stories and, often with a sense of despair, that some are novels.  Then, depending on whether I’m in the mood to write fiction or drama, I dive into a project.  It’s most rewarding when it turns out to be a play, because with a play, you get to see the audience’s reaction.  Frequently, you get to work with beautiful actresses too, which is always an added benefit.

CS: I think pulling off the humorous literary story is one of the hardest tasks a writer can tackle. Any hints?

JA:  I learned from the grand doyenne of comedic American theater, Tina Howe, that comedy comes from desperation.  You can see that in Chaplin, the Marx Brothers, Mike Nichols & Elaine May, Woody Allen, even in Norman Lear sitcoms.   It’s the desperation, the frustration, the desire to call in the artillery, that raises the stakes.   Of course, the subject matter can be of trivial importance to any reasonable person—for example, in one of my stories, a depressed hedgehog—as long as it matters deeply to the characters involved.

JA:   You want more?  I thought I was done.  Harper Lee announces she’s publishing a second book and she’s the belle of the county, while I give you numbers eight and nine, and already you’re asking what’s next?  Social security, that’s what’s next.  Unless it’s already belly-up.  Early retirement.  Can you say Deanna Durbin?  Bjorn Borg?  And I have high aspirations for that retirement.  Mark Thatcher, the former prime minister’s son, has recruited me to help him try another coup attempt against the brutal kleptocracy in Equatorial Guinea.  My clairvoyant also predicts I may be Karen Russell’s second husband, although Ms. Russell has yet to confirm this prophesy…..Or I may come out of retirement, Richard Nixon style, and write another novel….

Interviewer bio: Curtis Smith's latest book is Beasts and Men, a story collection from Press 53. In early 2015, Dock Street Press will release Communion, his next essay collection. In 2016, Aqueous Books will publish his next novel, Lovepain.