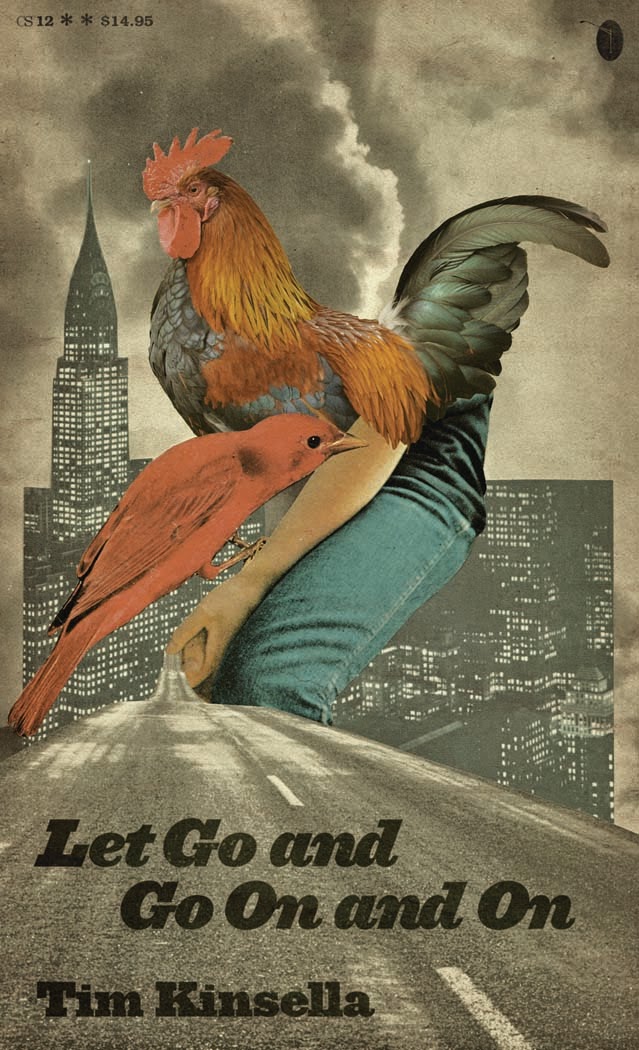 LET GO AND GO ON AND ON

Truth becomes fiction and fiction grows a thumping, heavy heart in Tim Kinsella’s extraordinary novel about the too short life of model/actress/photographer Laurie Bird. Readers unfamiliar with Bird’s work needn’t worry: Kinsella opens with sharp shorts about Bird’s films “Two Lane Blacktop,” “Cockfighter,” and “Annie Hall.” The fourth film used in the book, “Bad Timing,” while absent of Bird, has a particular relevance here in that it starred her longtime partner Art Garfunkel. Kinsella re-tells these films as real life, and all is broken and blended, beginning with “Two Lane Blacktop” which discovers Bird stowed away in the back of a truck with two race-crazy gearheads driving east. Kinsella fills the pages with a wonderful, second-person road prose that slips around Bird’s skin like fine silk: “Out on the bright country road, you smiled and winced against the wind in your face, the speed cooling you in the endless sheets of sunshine. You felt perfect: no sense of beginning or end, nameless, the constant beat of the wind on your skin a kinetic blur of boundaries.” “Cockfighter” finds Bird romantically linked with Harry Dean Stanton who, here, is both the actor and the character he plays in the film, just as Bird is. This fusion of perception lends an ethereal quality to the text as a whole, which is fitting considering the fate of its protagonist. And it’s here in “Cockfighter” that the plight of Bird grows more pronounced as she simultaneously grapples and pulls away from the affections of both Stanton and his rival cockfighter Warren: “Any good cockfighter occasionally had to duck back into his corner and put a bird’s head in his mouth to calm it down when it got too excited. Thinking of this, you squirmed, held back, pulled away, any time either of them ever leaned in to kiss you.” In Kinsella’s carefully crafted scenes, Bird begins to feel like she’s a prop, like she’s being traded between men as a toy or that she’s being used as a receptacle for their needs and desires. They take and she gives and they take and they take, and a rootless, drifting sadness begins to take shape: “You could be OK, long as you never arrived anywhere.” In “Annie Hall,” Bird is the girlfriend of Paul Simon—a wink to Bird’s real-life in which she was partnered with Art Garfunkel. Despite the glitz and glamour, Bird has grown weary of high society and her life choices, and her quiet inner turmoil shifts into a dangerous gear as her soul begins to unravel: “Sometimes it seemed to you that all anyone ever does is struggle to keep buried all the secrets that the world is trying to tell.” There’s a shift in narrative perspective to first person in “Bad Timing,” the fourth and final section of the book, and the slow, somber arc of Bird, though present throughout, truly becomes apparent here. The life of a mysterious woman, a beautiful storm rushing through, who was perhaps frightened to be alone, and who was drawn to the vigor and struggle of the driven souls she surrounded herself with, meets a somber finish. The reader is left clutching a ghost to their chest as Kinsella’s words push past flesh to squeeze their broken heart. An excellent study of the sometimes ephemeral nature of the free soul’s beauty, this work is not to be missed. (April 2014)

Purchase Let Go and Go On and On HERE.

Reviewer bio: Mel Bosworth is the author of the novel FREIGHT and the poetry chapbook EVERY LAUNDROMAT IN THE WORLD. Visit him at melbosworth.com.