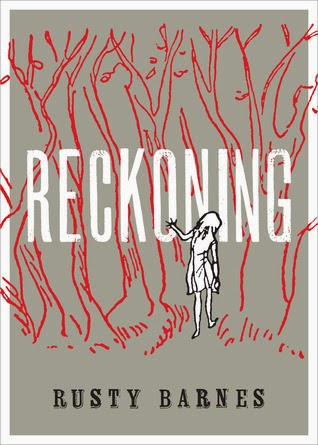 In Rusty Barnes’ thrilling debut novel, the characters literally hit the ground running (and shooting). Set in northern Appalachia somewhere near the New York/Pennsylvania border, the story is narrated by Richard, a fourteen-going-on-forty-year-old headstrong local who is drawn to trouble like a hungry trout to a fat night crawler. It’s summer and the air is thick with gnats and sweaty secrets, and Richard is determined to keep himself busy on Old Man Thompson’s farm until the start of the school year. It’s not long until Lyle, the old man’s son, is introduced as a scathing antagonist who is resolved to keep Richard away from the property. This is after Richard catches Lyle messing around with the new woman in town, Connie Neary, who happens to have a young daughter, Katie, who quickly befriends Richard. Lyle’s wickedness spreads even further after Richard, Katie, and a young local named Dex stumble upon a woman who is naked, beaten, and barely conscious floating in a creek. Curiosity and pride push Richard to engage when he’d be safer leaving things alone, but there’s something going on, something bad, and it has him looking sideways at a lot of townspeople. What follows is a wild journey with coming-of-age elements, mystery, tragedy, and revenge. Barnes crushes the gas pedal on page one and never relents. At this breakneck pace there’s little room for across-the-board character development, with some back stories hinted at rather than explored, but the ride is so tense and exciting most readers won’t mind Barnes’ neglect of the brake pedal. Instead, it’ll have them dragging their lawn chairs to the edges of their of imaginations, eyes wide and hands filled with potato chips and beer cans, anxious to see who or what will come tear-assing down the main thoroughfare. (March 2014)