Review of Jonathan Kline's THE WISDOM OF ASHES 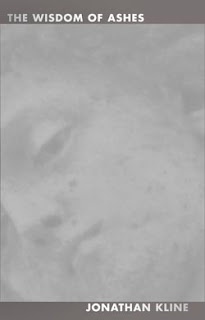 The Wisdom of Ashes

New Orleans looms large in my life. For years, I shared a carriage house as a vacation spot, one on the unfashionable side streets of the almost-Garden District. The heat, the humidity, the sheer moldiness of the place! And the exuberant criminality of it! Coming from Manhattan, where dishonesty and corruption wear Armani suits and ride in expensive cars, New Orleans was refreshing in its low-class hardscrabble "government" of thieves.

It's also a place unique in this country. It's a place unto itself. Most American cities are not unique, they're built from modules of interchangeable blandness. New York, Boston, San Francisco, New Orleans...they're different from any other place. And this book, in 100pp, sings the reader home to a hot, wet, Complete-ville that doesn't need you as much as you need it.

I went into the read looking forward to a taste of the New Orleans I remembered. By page 10, I wasn't tasting anything but Mississippi water as I submerged in the reality of New Orleans and its many many broken pieces that still knit together. The characters and the story are plain and simple and true. I felt the rightness of the wrongheaded responses, true to the people I know in that place. I felt the hardness of the choices and the inflexibility of the lives the poor lead in the city of soft air and yielding, treacherous earth. Even the dead have houses, can't stay in the ground, and shouldn't the living get equal time?

Not the poor. Not the damaged, nor the wounded:

“The old poet put the pint of gin in his coat pocket, happy to have finally made a decision. As he turned the corner past the cemetery he fingered the small cardboard box that held eight single-edge razor blades and thought, ‘I'd like to thank the academy without whom this suicide would not be necessary. I'd like to thank my esteemed collegiate colleagues for providing me with this opportunity to practice humility and non-attachment by stabbing me in the back.’ He could hear himself and started to laugh. ‘I am truly the ego-ass they say. ‘You have a drinking problem, You're too hard on your little piss-ants. We are going to need you to wear a tie and a clean shirt’ Let My Ego Go, pasty bitches. I won't be liberated from my gin-festered poems and the ghost hats of reason. If I had my way, I would smear blood on your faces while reading your clean-cut poems, until you see they are too stale for even a mouse's meager meal.’”

New Orleans induces rage, or does it...is it merely so all-embracing, so willing to stick you in its muddy base layer that the enraged and the chronically displaced gravitate to it? Hot air without, hot air within? But Jonathan Kline doesn't care, doesn't draw that line for you. His characters and their divagations draw material arabesques in the particulate matter that New Orleans calls air:

“He walked around the room looking at her things: books, Indonesian puppets, monogrammed bowling balls, a collage made of fireworks wrappers and the assemblage box. He could hear the shower as he peered into the box's tiny rooms. In one was a pile of string, in another rubber bands. There were seven bird skulls, a picture cut from a comic book, and a white candle in a red votive holder. The outside of the box was encrusted with tiny tin arms and legs and fifty-two bottle caps.”

An inventory of quotidian objects, assembled means of connection disconnected from meaning, an art from artless manufactures. It's really The Wisdom of Ashes writ smaller than even the small size of the book.

Novels by poets are usually, in some way or another, as pointless as poetry itself is. Not this one. Pointed meditations on life are the usual stomping (and I use the word most literally) ground of the essayist. Not this time. Jonathan Kline takes New Orleans and its broken, beautifully ugly self, people, atmosphere, being, and he hands them to the reader in a beautiful package that costs fifteen dollars.

Purchase The Wisdom of Ashes HERE.