Review of Ryan MacDonald's THE OBSERVABLE CHARACTERISTICS OF ORGANISMS 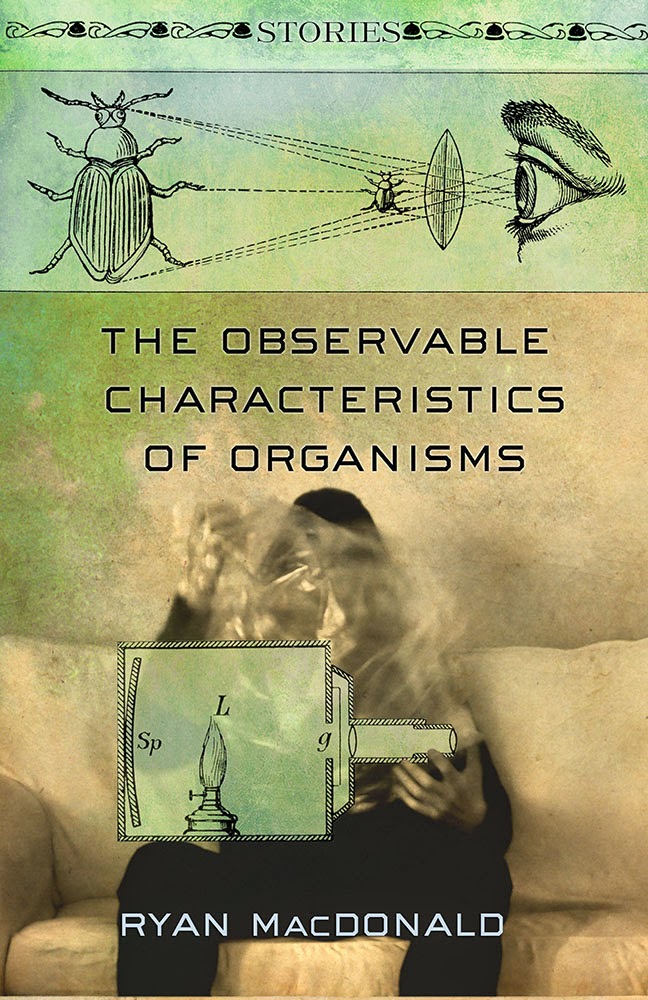 The Observable Characteristics of Organisms

Every short fiction in Ryan MacDonald’s sublime collection is an adventure. There is so much movement and variety in these tiny stories you’d swear they’re alive. There is gut-punch sadness, gut-bust humor, and cruelty served up so casually it’s disarming. A narrator offers domestic observations on life without TV, a dog seizes behind a closed door, another dog rots on a lawn, a child loses his foot in a bear trap, and the poet Peter Gizzi makes a surprise appearance and tries to sell a book. In “The Recent Local Phenomenon” an out of control bear population terrorizes a town by chewing through telephone poles. In “The Hole” a crowd has gathered though the narrator is unsure why: “I asked the woman next to me what we were looking at. She bit into a potato as though to end its suffering. She looked at me and said a word or maybe two with her mouth full of potato.” There is often great and exciting mystery within these stories, and also ruminations on mortality. “It’s Only a Matter of Time” finds two people around a campfire cooking a can of beans: “’Someday we’ll both be dead together,’ she said to me, grinning at the flames and then down at the beans.” Despite the recurrent, heavy theme of death, MacDonald’s easy presentation and humor gives the pieces great buoyancy and an electric wisdom. Best of all is MacDonald’s ability to surprise with fantastical turns, knocking readers belly-first onto language grenades, blowing minds and hearts and guts wide open. (September 2014)

Read an interview with Ryan HERE.