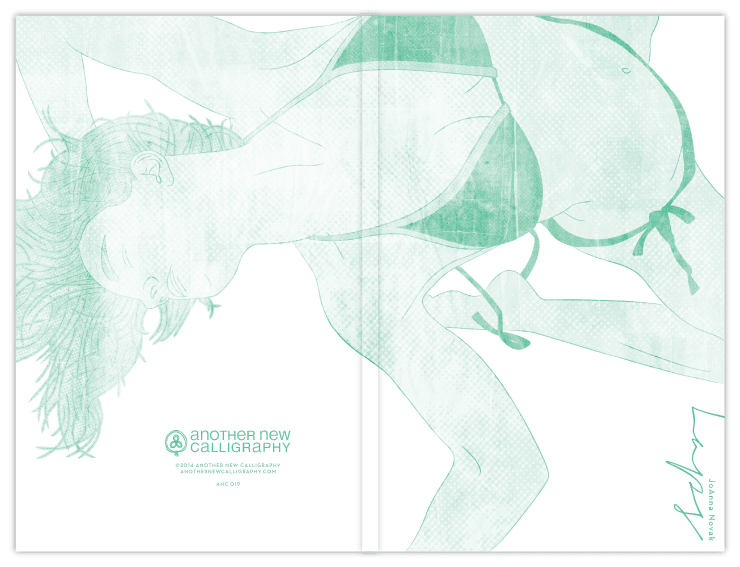 “The worst toy for a bulimic is a garbage disposal.” This is the first lesson we learn from the story “Lisa in the Water.”  As you can guess, the story focuses on a teenage girl with an eating disorder.  This is the second story in JoAnna Novak’s fiction chapbook Laps, and it gives the reader a lens to view the rest of the collection.  When food pops up in other stories, and food is central to virtually all the stories, the reader can’t help but see obsession in it, which is fitting because obsession and desperation are also central to Laps.

Most of the characters in the collection are young women in their teens and early twenties, a time when bodies become a focal point and worth becomes a question.  Appropriately, the characters in Laps are consumed by hunger.

Hunger works in these stories literally, but it also works thematically.  Often the hunger is for something other than food—for love, for control, for change, to be someone different.  Denial is not just for control but reflective of what characters think they deserve or what they think they can’t have.  It becomes clear that it’s more than just food our protagonist denies herself in “Lisa in the Water.” Indulgence is stitched with something darker than satisfaction.  We see the consequences of saying no and saying yes in “Laps,” perhaps the most compelling piece in the book.  Novak’s sprawling prose, full of long sentences and formal structures, adds a pleasing neurotic tone to the book that matches the struggle of the characters.

We may seem oversaturated with writing about disordered eating and indulgent eating, but I find a good amount of work covering these subjects do so for shock value.  Novak covers the want behind the hunger, the real people behind the hunger.  She takes us to the desperation we remember from adolescence, and made this reader grateful she never has to be a teenager again. (May 2014)