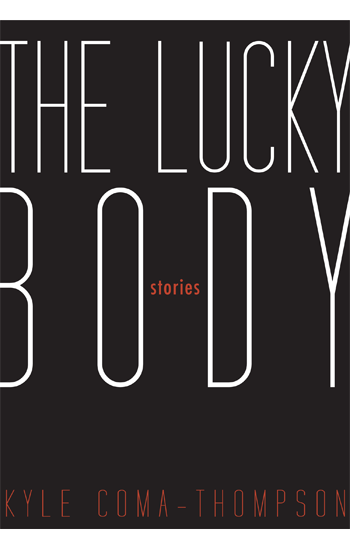 Writing extreme violence is not something to be taken lightly for a number of reasons, not the least of which are the dangers of having it come off as immature or over-indulgent. It can also be off-putting to some readers, thus limiting the writer’s potential audience. Coma-Thompson, in his absolutely breathtaking debut collection, puts the reader to the test immediately and forces them to make a choice: come with me or don’t, and it’s this reader’s opinion that you must go with him. The title story does double duty as the collection’s grisly opener, detailing a brutal, relentless murder and subsequent dissection of the body. The writing is sharp and unflinching, and, as the reader acclimates, not just inside this piece but throughout the collection, another ubiquitous aspect begins to reveal itself: beauty. The writing is beautiful, bending not just with the violence but also the threat of violence, and disruption, in search of something more. From “The Lucky Body”: “One of them stood over the rest as they worked and voiced his admiration: here’s someone who truly wanted to live; just look at how well he holds together.” From story to story in this three-part collection the reader is treated to variations of form, making each new piece an exciting and terrifying adventure. In “pG”, an unbroken torrent of language using only commas, an artist constructs his masterpiece from animal and human carnage: “…the next evening it was vagrants, and the evening after, tourists, and after that, policemen, cab drivers, old women he found wandering away from the open air market, each arriving in their own time and incorporated into his painting…” In “Spring in Zurveyta”, the longest story in the collection about a journalist who interviews a vicious president at his compound, Coma-Thompson flexes his skill as an architect of sublime tension that’s steadily increased to a dizzying crescendo. “Atown”, narrated in second person, is a fantastical and frightening story of a shrinking town that traps both residents and visitors: “It will be dark in an hour. Then it will be dark. After a few hours, someone will say in a few hours it will be lighter. So goes the days and nights in a small town.” It’s the range of writing, the varied styles, and the incessant movement that gives this collection such power. Because it’s not just violence Coma-Thompson is exploring, but our existence around it, our use and understanding of it as a complement to that which is meditative, even funny, as felt at the close of “About Grimm” in the collection’s third part. Without giving away the surprise, it’s about a man, freshly returned stateside from Afghanistan, who falls into a desperate life of car thievery until he meets his match in a most unexpected way. Beneath the shifting blackness of these stories there is a burgeoning hope, and it’s this hope that allows the reader to walk away with their mind blown yet still completely intact. A truly extraordinary debut. (December 2013)

Read an interview with Kyle HERE.

Reviewer bio: Mel Bosworth is the author of the novel FREIGHT. Visit him at melbosworth.com