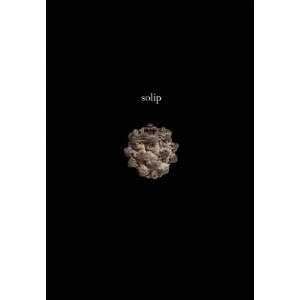 In Baumann’s otherworldly textual performance/debut novel, the curtain and spotlight of the stage are traded in for the paper and glue of the perfect-bound book. So too is a standard narrative tossed aside, presenting the reader with what can best be described as an exploratory dreamscape—sometimes lucid and sometimes convoluted—spotted with questions (“Can we ever?”), commands (“Hymn for me.”), and declarations (“Eternity is the combustion engine.”) which feel as permanent as they are transient, a tattoo on boiling water. Baumann sews together disparate fabrics of stage direction, monologue, and guided meditation/nightmare to create less a book and more a quilt depicting textual evolution. But with pages teeming with assonance, wordplay, and lines that often set the reader’s eyes to prancing (“Mourning in days in which in ways in which I would not mourn, should not, as I could not mourn to full.”), one soon begins to wonder whether this work, despite its wraithlike narrative form, has any kind of emotional claim. A further divorce from the physical body is suggested in the work’s subtle thematic through-line in which the “difficulties” of human senses like “smell” and “hearing” are treated as obstacles that must be overcome. So instead, what’s learned is that it’s the reader who must play the role of passenger at the center of this dream-flight, with Baumann acting as pilot executing an infinite series of touch-and-go landings. Whether readers will want to assume this role of emotional core is the question, though it’s not a question this book is meant to answer. The material here is excessively ethereal, which is exactly its point and overriding success: it never breaks character, and in the end it’s about our unlimited potential in how we express ourselves. Readers who enjoy letting go, and who can resist their natural urge to assign meaning to foreign shapes and shadows, will be easily lured in by this book’s music. (May 2013)